Campbellsville University
« Back to Recent News

Bonds received his Doctorate of Musical Arts in Wind Band Conducting from the University of Kentucky in April.

In addition to serving as assistant director of bands and directing the Tiger Marching Band, Bonds teaches courses in Instrumental Music Education and Conducting for the School of Music.

Bonds is a native of Scottsville, Ky. He and his wife, Katherine, and their three sons Paxton, Parker and Price, live in Campbellsville.

Campbellsville University is a widely acclaimed Kentucky-based Christian university with more than 11,900 students offering over 100 programs of study including Ph.D., master, baccalaureate, associate, pre-professional and certification programs. The university has Kentucky based off-campus centers in Louisville, Harrodsburg, Somerset, Hodgenville and Liberty with instructional sites in Elizabethtown, Owensboro and Summersville. Out-of-state centers include two in California at Los Angeles and Lathrop, located in the San Francisco Bay region. The website for complete information is www.campbellsville.edu.

Campbellsville University is accredited by the Southern Association of Colleges and Schools Commission on Colleges to award certificates, associate, baccalaureate, masters and doctoral degrees. Contact the Commission on Colleges at 1866 Southern Lane, Decatur, Georgia 30033-4097 or call 404-679-4500 for questions about the status of Campbellsville University. 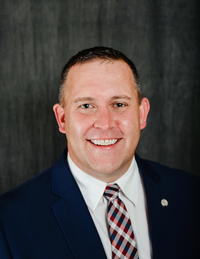