Campbellsville University
« Back to Recent News

Campbellsville, KY (03/11/2020) — A New Haven student at Campbellsville University received the Distinguished Delegate for his work on the Social Affairs Committee at the Model Arab League Conference Feb. 20-22 at Shawnee State University in Portsmouth, Ohio.

Eleven Campbellsville University students participated in the conference designed to learn about the politics facing the Middle East.

Andrew Hughes, a sophomore of New Haven, Ky., won the honor and said, "I really just tried to be outgoing and dive right into the role. Overall, I tried to be a positive force that built bridges among the nations represented at the league."

Hughes acted as a sponsor or signatory on each of the resolutions presented in his group.

"I am proud of him and I am proud of the hard work that our entire team put into preparing for the conference and then conducting themselves appropriately during the conference," Dr. Josiah Marineau, assistant professor of political science, said.

They participated as part of the POL 465 International Organization class offered at Campbellsville University by Marineau.

At the conference, students "simulated the actual Arab League, in which 22 countries from the Middle East and North Africa came together to address common problems and challenges," Marineau said.

"The conference allowed students to get outside the classroom for a few days and practice some of the skills and theoretical approaches we have introduced in the classroom."

The conference provided an opportunity to learn about the politics of the Middle East and the trials faced in solving those challenges. Students also got to meet students from other universities, that allowed them to make connections and establish relationships with a broader network of peers.

Marineau said the conference was an opportunity to practice thinking through how to create a policy that tries to solve a problem.

"I learned how intricate decision making is when it comes to making decisions for the good of a region. Compromise is not easy as everyone is looking to better themselves. It was a very fun and interesting experience," Johns said.

Marineau said he hopes the students who participated remember this event as something special they did during their college careers. "The conference is an opportunity to practice professional skills such as networking and etiquette," he said.

In attendance were students from universities in Kentucky, Ohio and Indiana such as Indiana University at Bloomington, Miami University of Ohio, John Carrol University, Wilmington College, Ashland University and Shawnee State University.

Campbellsville University is a widely acclaimed Kentucky-based Christian university with more than 11,600 students offering over 100 programs of study including Ph.D., master, baccalaureate, associate, pre-professional and certification programs. The university has Kentucky based off-campus centers in Louisville, Harrodsburg, Somerset, Hodgenville and Liberty with instructional sites in Elizabethtown, Owensboro and Summersville. Out-of-state centers include two in California at Los Angeles and Lathrop, located in the San Francisco Bay region. The website for complete information is www.campbellsville.edu.

Campbellsville University is accredited by the Southern Association of Colleges and Schools Commission on Colleges to award certificates, associate, baccalaureate, masters and doctoral degrees. Contact the Commission on Colleges at 1866 Southern Lane, Decatur, Georgia 30033-4097 or call 404-679-4500 for questions about the status of Campbellsville University. 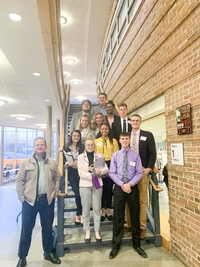 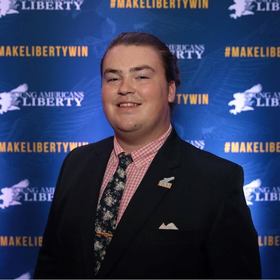